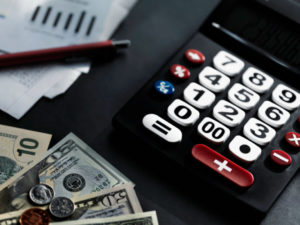 Occasionally, employers try some sneaky tactics to avoid paying employees the overtime they’re entitled to. This is the most egregious case of this kind of skullduggery we’ve ever come across.

El Tequila is a restaurant with four locations (Harvard, Broken Arrow, Owasso, and Memorial) in Tulsa, OK. After an employee from the Harvard location complained to the Department of Labor’s Wage and Hour Division about unpaid overtime, the DOL conducted an investigation and examined payroll documents. The DOL also interviewed employees and El Tequila’s owner, Carlos Aguirre, and concluded that, aside from some recordkeeping violations, the operation was on the up and up.

But the DOL kept getting complaints. In a second investigation, the DOL turned up bogus records and timesheets that had been tampered with. Employees told the investigator they’d been instructed to lie during the first investigation — they’d actually been working up to 70 hours a week, and were forced to sign the bogus timesheets. Aguirre finally agreed to pay $261,760 to 58 employees at the Harvard location.

A month later, the DOL investigated El Tequila’s Memorial, Owasso, and Broken Arrow locations because Aguirre admitted the same impermissible payment practices were occurring there. Total owed to employees for violations at the three locations: $386,887.

Man with a mission

You’d think those numbers would have given Aguirre incentive to change his ways, but no.

He started to have employees clock their hours through the company’s computer system, but then manually overrode the system to indicate that employees only worked 40 hours. Eventually, more complaints brought a fourth investigation, and it was determined the company owed employees an additional $636,000 in overtime.

The final total, after the company lost both the original court case and an appeal: $2,137,627 (back pay and damages).

To read all the gory details, check out the court decision: Perez v. El Tequila.

By Alexa Lardieri, Staff Writer, June 25, 2018 Almost 40 percent of Americans have a side job, earning an extra $686 on average per month. According to a survey by Bankrate.com, 37 … END_OF_DOCUMENT_TOKEN_TO_BE_REPLACED

You can only make a first impression once. It’s crucial that your management team understands the importance of onboarding new employees. March 2, 2018 by Aysha Ashley Househ How-to HR, … END_OF_DOCUMENT_TOKEN_TO_BE_REPLACED

The IRS just released the 2018 Cost-of-Living Adjustments (COLAs) for a variety of tax-related limits, like the popular flexible spending accounts (FSAs). Here’s what employers need to know about the … END_OF_DOCUMENT_TOKEN_TO_BE_REPLACED 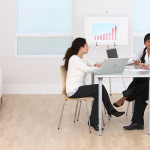 Evins Personnel Consultants is a woman owned business(WBE) and is certified as a Historically Underutilized Business(HUB) by the State of Texas.